Hey, guys! Last night my dad and I made some DELICIOUS soup. Seriously – it was so so good. It was Apple Cider Cheddar Butternut Squash! How fall-ish does that sound? I found the recipe on Pinterest and had it on my food board for a while now, so I figured why not make it?! 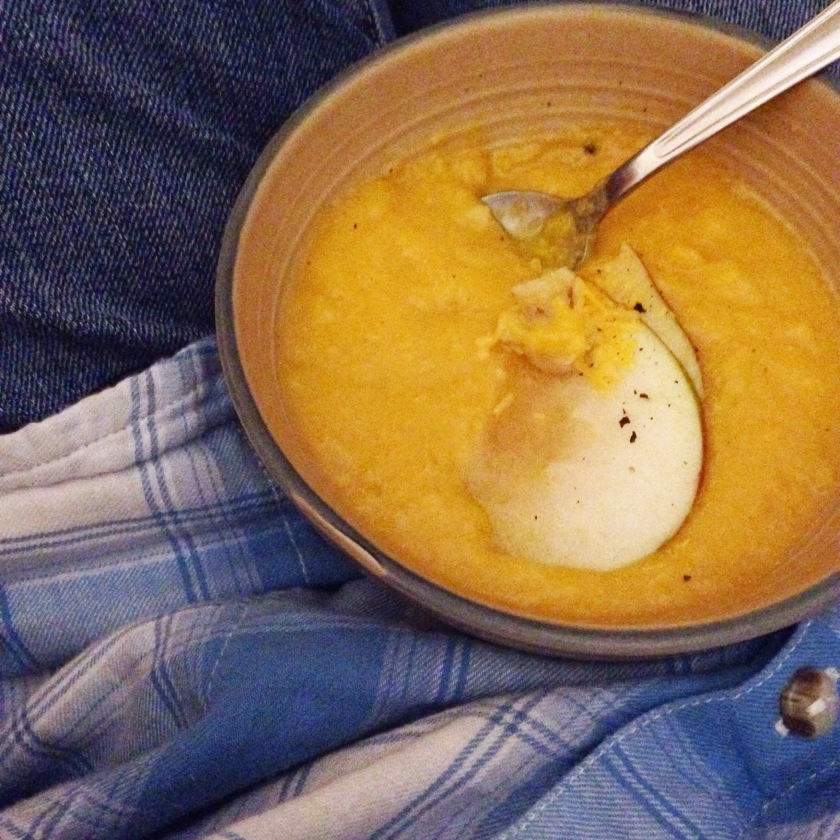 So this is what it looked like when we finished. Such a pretty color and an even prettier taste!

Here is the recipe!

So after we made the soup, I decided to make something else for dessert. We had pillsbury crescent rolls (which I love 😍) and I found another baking recipe which used those. So basically, you put brown sugar in the cresents, then an apple, and bake them! It’s pretty much a mini apple pie! SO delicious. (Yup, we finished all 8 of them last night.)

This pic doesn’t really do justice to what they actually tasted like. They were so simple and took less than a half hour!!!!
Here is the recipe!

If you happen to try these, post a picture on Instagram/Twitter with the #StudioJosieEats, and tag me! I have decided to do a fun fall baking and cooking series, so whenever I try a recipe, I’ll post it!!

Happy Sunday and have a great week!!