Welcome to the second post of my Sicily series. We spent two days in downtown Palermo, so I’ll be sharing the first day today. Andiamo! 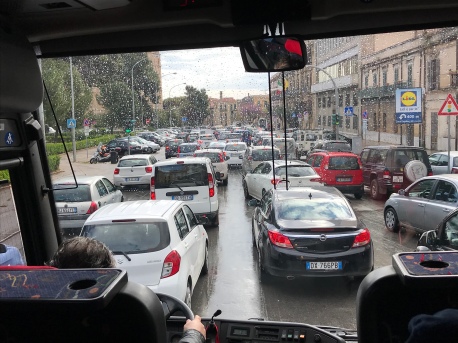 Yesterday I mentioned the crazy driving we witnessed. Well, here’s just one example of it. The traffic was insane in the cities, and there are about five (invisible) lanes! It was very stressful, but the bus drivers we had were superheroes. 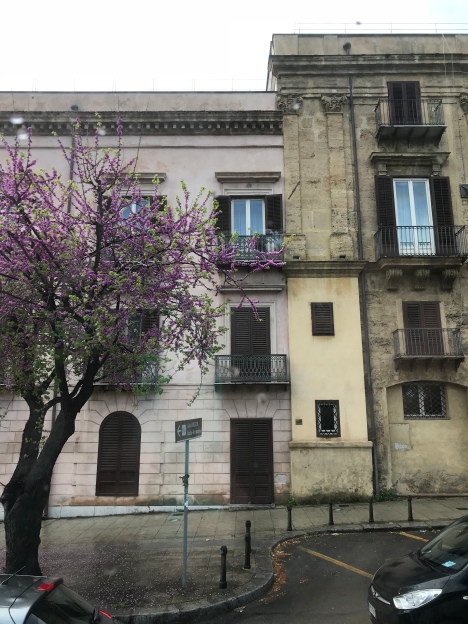 Visiting during the spring was just amazing. Everything was in full bloom, and the weather wasn’t too cold or too hot. I haven’t visited during any other seasons, but from what I’ve heard, April – July is the best time to come. 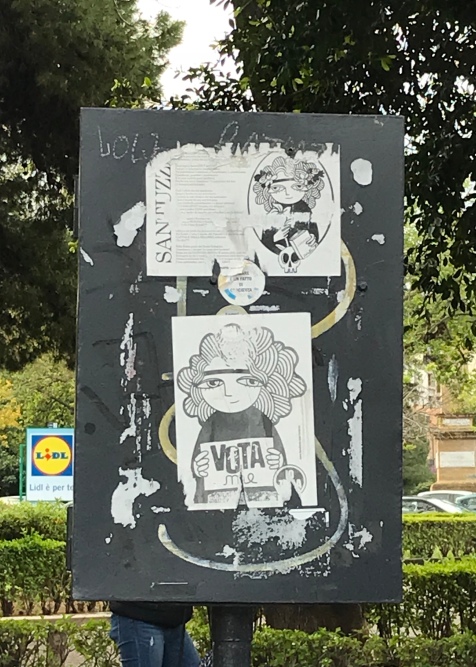 I love the design of this “Vota Me” poster. Not sure who made it or who it’s intended to represent, so if you find anything out please share! 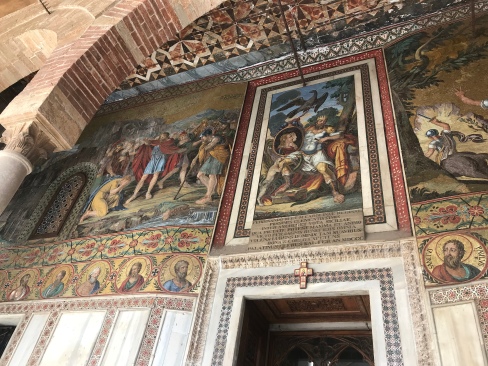 These next few photos are of Capella Palatina, an ancient church in Palermo built in the twelfth century. It was one of the most phenomenal things I’ve ever seen. If you go to Sicily for one thing, go for the mosaics! 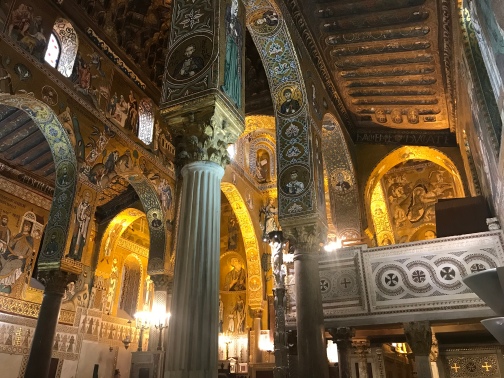 Each detail is made up of tiny pieces of naturally-colored glass. Our tour guide, Concetta — who was a very knowledgeable architect — explained the different styles that are seen within the church: the arches (and many of the mosaics, specifically the geometric-looking ones) are Arabic, and the pillars are Roman.

Sicily’s history is so interesting because it is made up of many different cultures; Arab, Greek, Roman, Norman, and Byzantine influence is seen throughout the region. I also learned that the Arabic language has many similarities to the Sicilian dialect which I find fascinating! 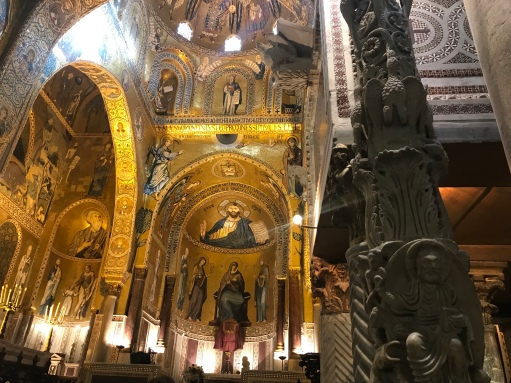 It was so hard to take pictures in here because of the lighting, but here’s a view of the beautiful dome with a mosaic Jesus sitting at the very top. I just can’t get over how much work it must have been to create such an intricate masterpiece. 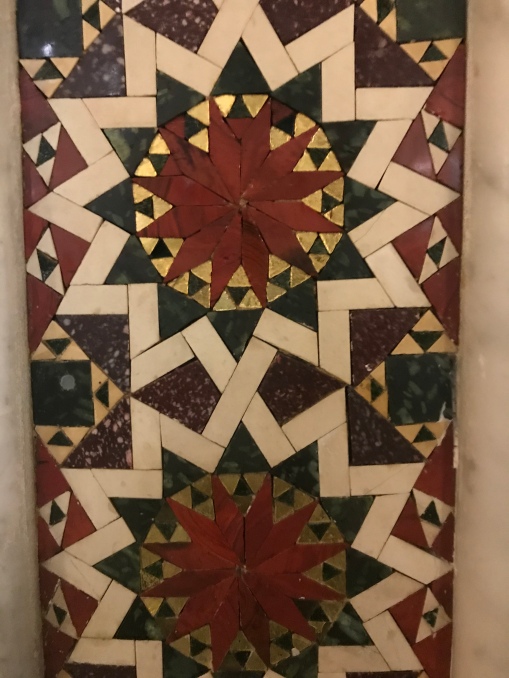 Here’s an up-close shot of the mosaics on a little piece of the wall. 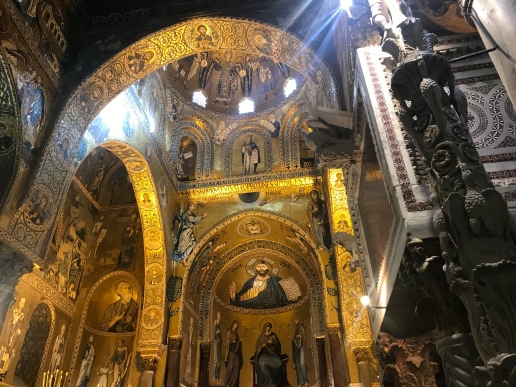 I’m not very religious, but I can’t exaggerate when I say I could have been in there all day. There’s a lot to learn and appreciate in regards to religion, and much of the art I’ve seen that’s religiously-inspired is the most incredible. I would totally come back just to tour the churches and admire their beauty. I’ve truly never seen anything like it! 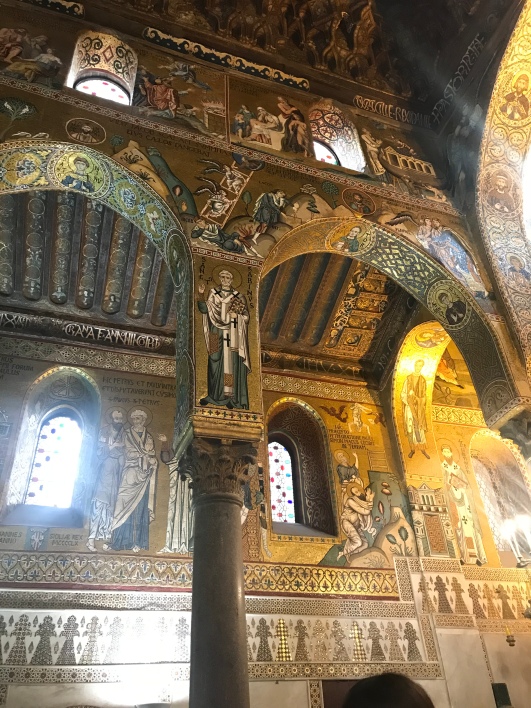 One more shot. You can clearly see the blending of styles in this one, but somehow it all comes together perfectly. 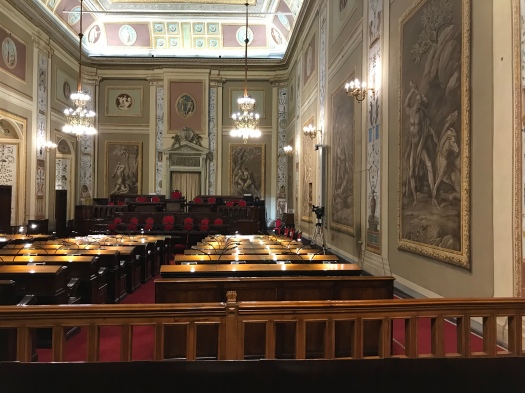 This is the inside of the Parliament House. Another work of art, except this time with paintings, not mosaics. 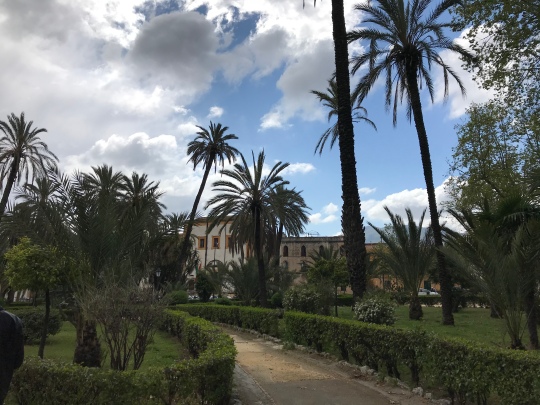 I was surprised to see so many palm trees here. From this view (taken from a garden in Palermo), it kind of looks like California! 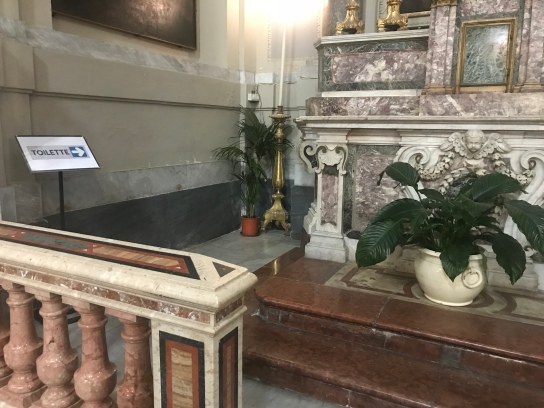 This was funny. We were in another church, looking for the bathroom, and we found this: a sign for the “toilette” in the strangest place ever! It was right behind those steps, and you had to pay 50 cents to use it (which, I learned, is not uncommon here). 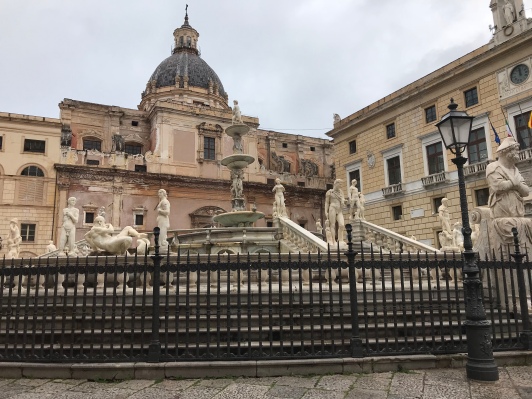 This is Fontana Pretoria, and it was built in the sixteenth century in Florence. It is also known as the “Fountain of Shame.” 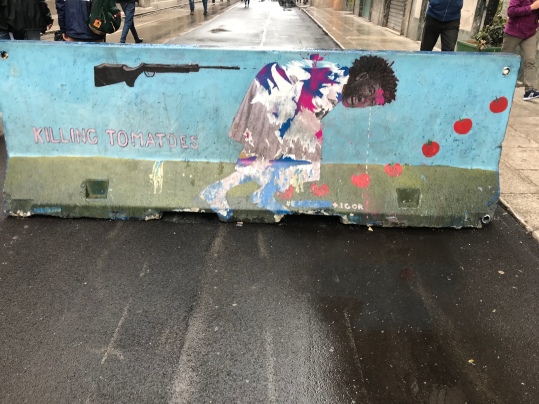 After our morning guided tour, we had a few hours to eat lunch and roam around the touristy area of Palermo. I came across this piece of street art but have not been able to find anything about it online. Again, if you find anything… let me know! 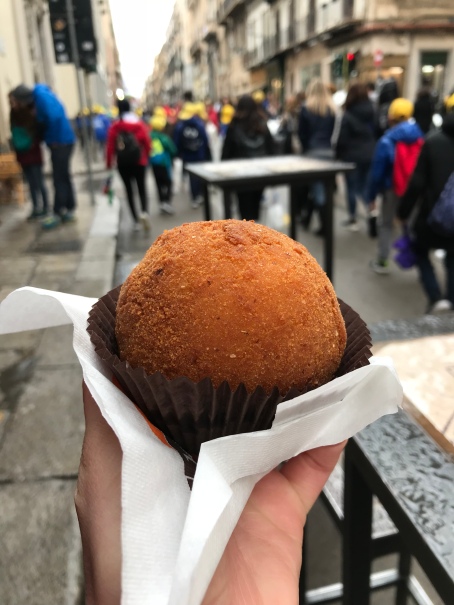 I’m gonna be honest. I didn’t take as many photos of food as I would have liked to. But I did take a decent amount, so I’ll share what I have! This is an arancino, or a fried rice ball. 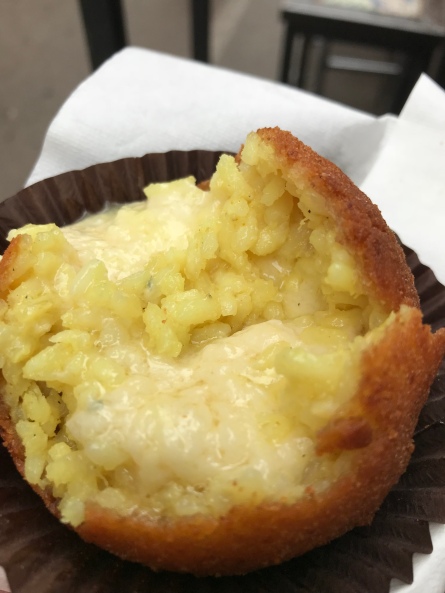 This picture is kinda gross, but I assume you’ll want to see what’s inside! I got mine with just rice and cheese. Yummm.

I also got an almond granita, which is like an Italian Ice but 1000x better. Apparently, granita and brioche (a sweet bread) is a classic Sicilian breakfast! Sign me up. 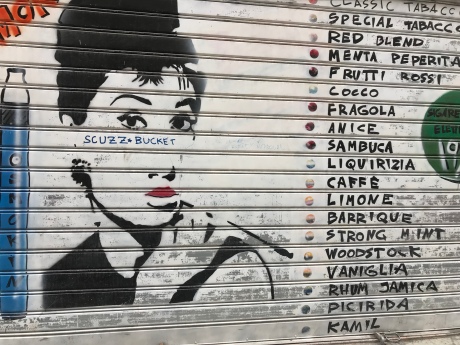 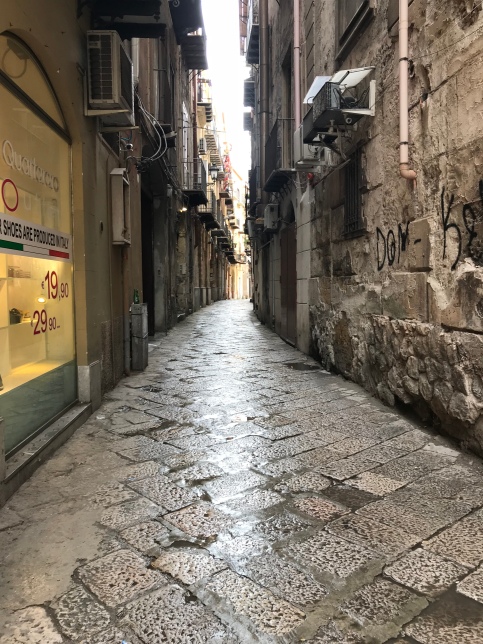 You can tell from the ground in this photo that it was pretty wet that day. There were showers on and off, meaning there were people trying to sell us cheap umbrellas all day long, but by the end of the day it had cleared up. 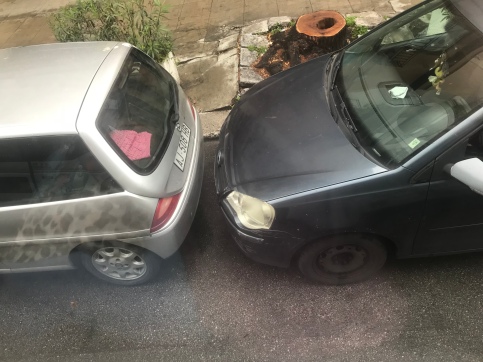 OK, I just had to share this photo. Look how close the cars are parked! Just thinking about getting out of that spot stresses me out. 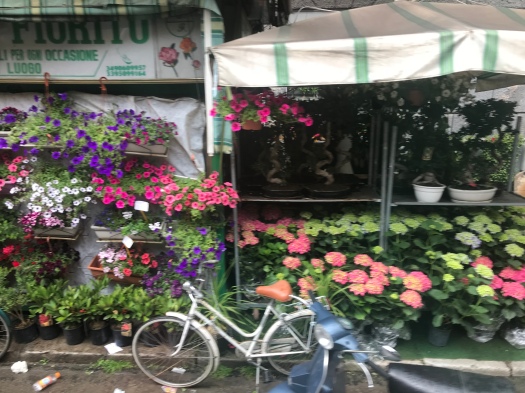 This is a blurry photo taken from the bus, but look how pretty! I looooove hydrangeas.

After Palermo that day, we went to Monreale. I’ll share that soon, but tomorrow I’ll be sharing the second day spent in downtown Palermo, which just so happens to be my favorite day from the whole trip. A domani!

4 thoughts on “downtown palermo {day one}”

I’m Josie. I started this blog in 2015 to share photos and stories about my life. Thanks for stopping by! 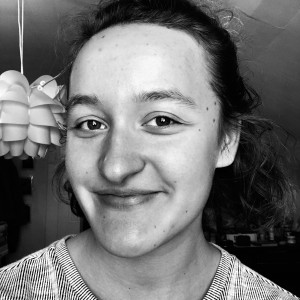