On the first full day, we visited a steel factory early in the morning. No one particularly wanted to do this, but it was on our itinerary, so we headed there after eating breakfast at the hostel.

We had to wear long pants and a long-sleeved shirt for safety, along with steel-toe boots and goggles they provided for us. 10/10 would not recommend this outfit in 90-degree heat in front of huge flames producing steel!

Even though that experience was less-than-ideal, we all made the best of it, and the steel factory was the punchline of many jokes throughout the rest of the trip.

Because we were all sweating like pigs after the factory tour, we got to go swimming at a super nice public pool. This was a really fun experience because in Italy you have to wear swim caps! Well, I shouldn’t say fun…the pain of taking off a latex swim cap is the worst! But nevertheless, it was super nice to cool down and relax at the pool for a few hours.

Looking back, my friends and I were so lucky to have become so close that early on because it gave us more time to spend together. While most of us were in the same room at the hostel, it wasn’t until the middle of the first day that we all kind of solidified and started to become close.

After we swam, we had a few minutes to kill while waiting for the rest of the group to change clothes before heading to lunch. I remember sitting at a little table, pulling up extra chairs so everyone could fit, and going around sharing what our future goals were and what we planned to do after high school. This was the start of our question/conversation circle which we would have at every meal. I miss it so much!

That day wasn’t too eventful, which was very nice because we were all a bit jet-lagged, so I’ll share photos from the next day…

Here’s a lovely view of one of the streets in Narni. We would have to walk up and down streets like this to get to the hostel from the town square every day. It was kind of miserable at first, but after the first few days, I grew to love the crazy streets and alleyways. Multiple times during the trip I’d get random bursts of energy and would feel the need to sprint up the hills! 🙂 Looking back, I’m not sure what I was thinking, but I had so much fun in those moments. 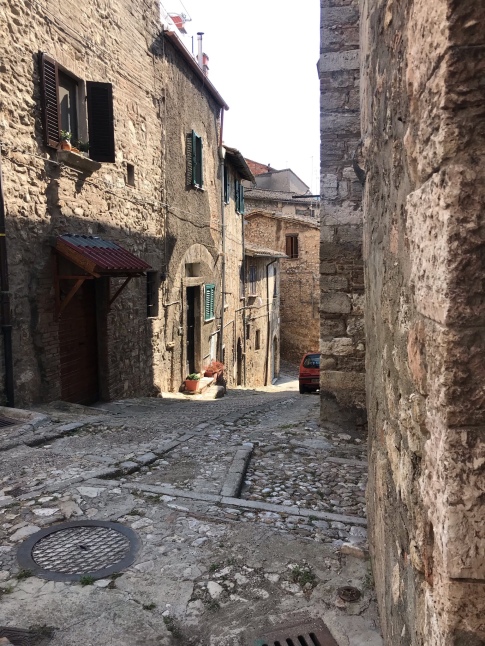 That morning, we had our first Italian lesson. I was super nervous because I’m just a beginner, but by the end, I enjoyed the lessons a lot. Our two teachers, Marco and Benedetta, were wonderful, and they made the class super interesting and fun. After the first lesson, we went to the town square to meet the major of Narni!

We had lunch afterward and relaxed at the hostel for a bit. Then, later in the afternoon, we walked about thirty minutes uphill to a castle called La Rocca di Narni. While the walk up was a bit strenuous, the views we saw made me completely forget about the hills. 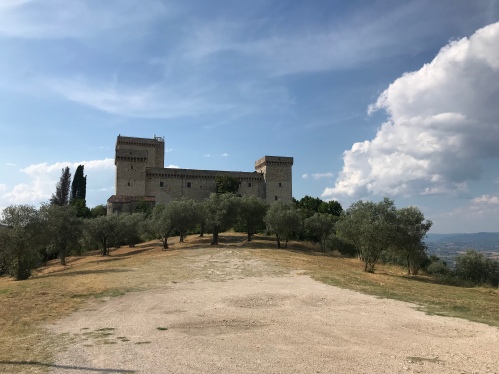 This picture doesn’t do justice to the view. Endless green mountains and a perfect blue sky! Oh, and look in the middle on the left side of the picture….there’s a house there! So cool. 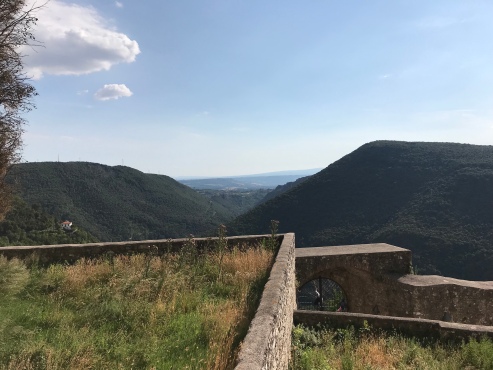 This is the outside of La Rocca.

And this is inside! In the picture below, you can see the different types of stone used on the wall because of the many renovations they’ve done over the centuries.

The gorgeous view from the top of La Rocca. You can even see our beloved steel factory. 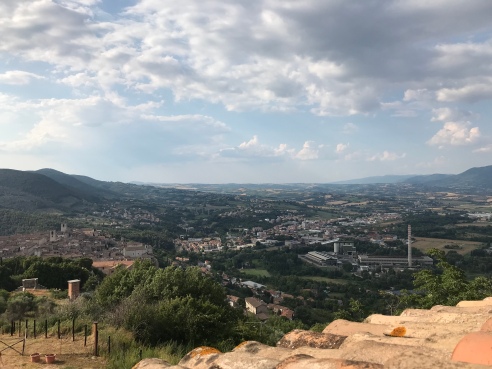 Our tour guide at the castle was great. She spoke in Italian mostly, but when it was a confusing topic she would clarify in English. This is a picture of nuts, beans, and seeds: all of the ones here were a large part of the diet during medieval times/when the castle was inhabited.

Because the walk up to the castle was so long, we were all super sweaty and hot by the end. We saw clouds beginning to roll in and were hoping there’d be a thunderstorm to cool us off! Thankfully, it started to rain a bit on the walk down. Now that I’m recapping this day, I think it was definitely one of my favorites. But to be honest, I could say that for every day! 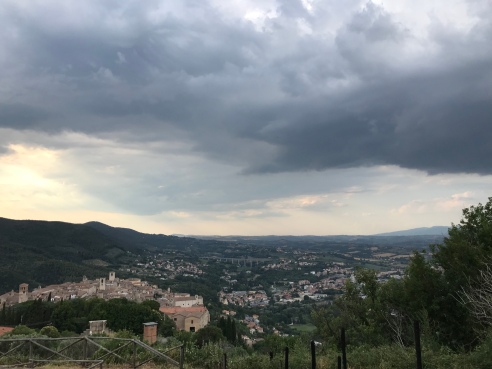 Here are me and my friends at La Rocca…

Oh, I wish you could smell this picture. There were a few lavender (lavanda!) bushes up on the hill, and we all picked and smelled them for a few minutes before heading back. It was the most picturesque moment. I still have some sitting on my shelf, and every time I smell it I’m instantly reminded of Narni and my lovely friends. 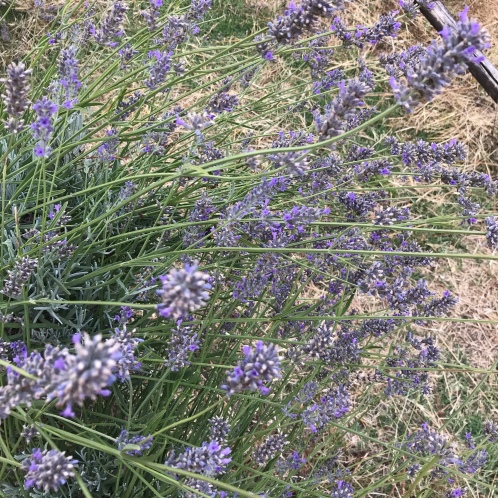 Here’s a shot of the houses we walked by while heading back to the hostel. 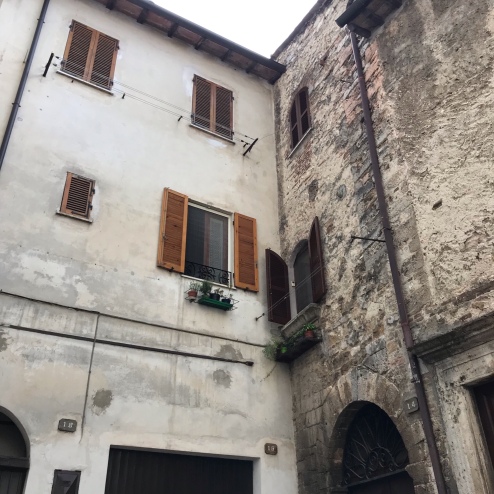 And this has got to be one of my favorite pictures I took!

After dinner, we returned to the hostel and got ready for a 9:30 performance we would be attending. This was the first of many shows/concerts we went to, and it was quite interesting. It was called “To The Moon,” and, because it was in Italian, I didn’t understand all that much. I can tell you that it was about the first moon landing and that there was beautiful piano music throughout. Here’s a photo of us before the show:

After the show ended, it was nearly midnight, but many of us were hungry for gelato. So, even though we were all kind of tired, we stuck around in the square (it was very lively since this was a Friday night) and ate gelato together, discussing the play we had just seen.

And then we went to bed.

The next day was Saturday. We had breakfast at 8 a.m. and headed to a town called Amelia shortly after relaxing on the balcony and getting ready. 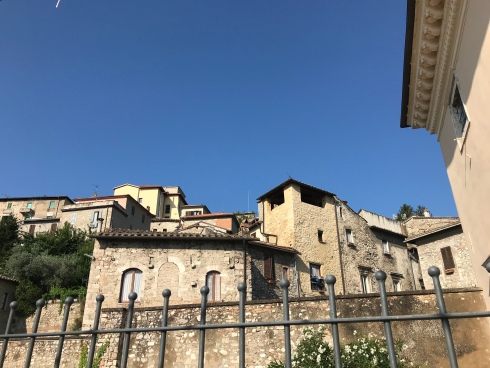 I love this photo. I would do anything to be sitting at that table in the hot sun again with all of my friends!

Eeeee! Spot the kitty in this photo!

We arrived in Amelia around 10:30 and headed straight to a bakery. This is my group walking down one of the streets in the town. Try to find me! 🙂

Look at how gorgeous these desserts are. Too pretty to eat!

My friend Isabella and I shared a cannolo. It wasn’t as good as the one I had in Taormina this April, but it was still pretty tasty. 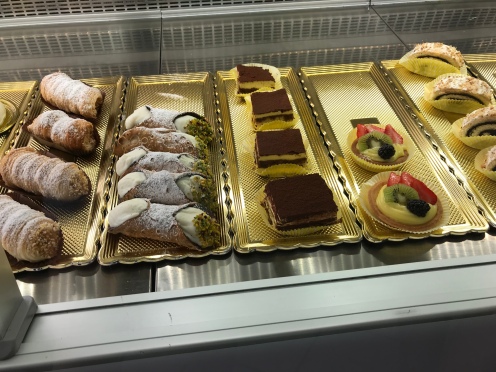 Next, we went to an archaeological museum called Museo Civico Archeologico e Pinacoteca. It was pretty neat and really well-designed, and there was a lot to see! The tour guide then took us to the Teatro Sociale of Amelia which is a beautiful theater. I’ve always wanted to sit in one of those theater boxes, and I finally got the chance to!

The view looking down. 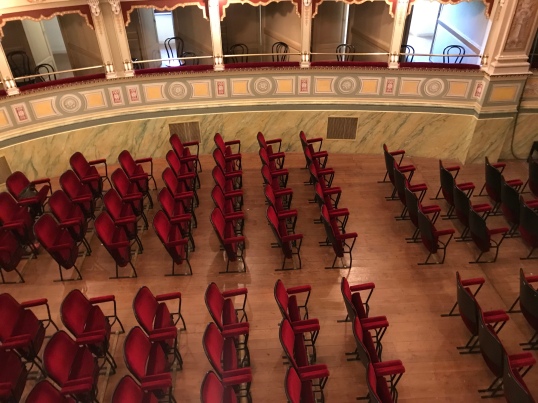 The painting on the ceiling is gorgeous. I love how it looks like an addition to the balcony. And, of course, the flying babies are great, too XD

This is the incredible ceiling inside the theater’s dressing room. 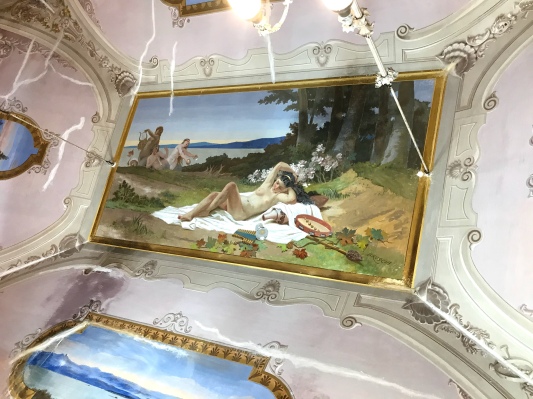 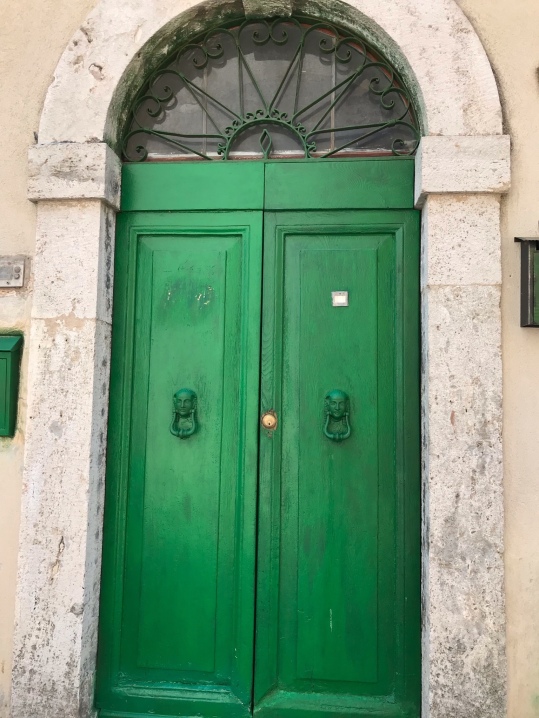 After lunch in Amelia, we headed back to Narni for a cooking class. We made a pasta salad and tiramisu, and there was also a meat dish with prosciutto I can’t remember the name of. Here’s a picture of me cheesin’ it up while I mix the mascarpone…

The cooking class was held in the center of a restaurant. We were surrounded by four walls covered in vines as we cooked and ate dinner. 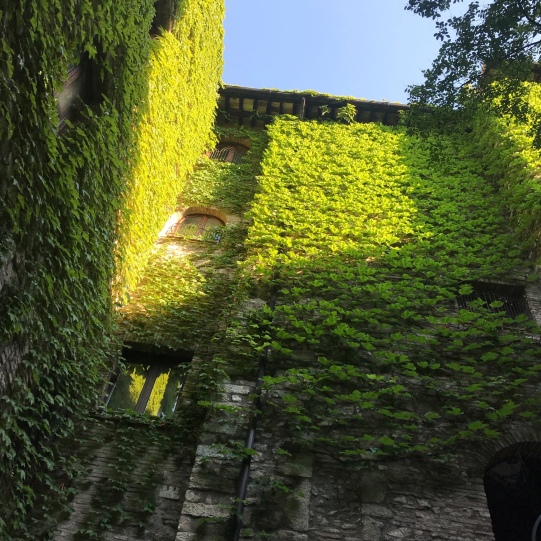 The food we made was delicious, of course. It was definitely one of my favorite meals, and my friends and I had a really special conversation that night which made it ten times better.

That’s all for today. This was only my fourth full day, so I have lots more to share. Buonanotte!

I’m Josie. I started this blog in 2015 to share photos and stories about my life.