This summer (and year, for that matter) has really put me out of my comfort zone for a few reasons. Towards the end of July, my brother and I took a trip out to visit our family in Arizona… alone! Yup, no parents.

I have always loved traveling but I had never traveled alone before this trip. The idea of it never really scared me, but once it actually became a reality the nerves took over juuuust a little. I’m happy to say that I made it there and back and my first trip traveling alone was a success and so much fun!

I took about a million photos so I decided to not do a giant post and instead separate them into a few different ones! This post will be our first few days and the Grand Canyon.

We headed to Boston and our flight got delayed because of rain and it left at around 10pm. I just love this colored glass at the Boston airport! 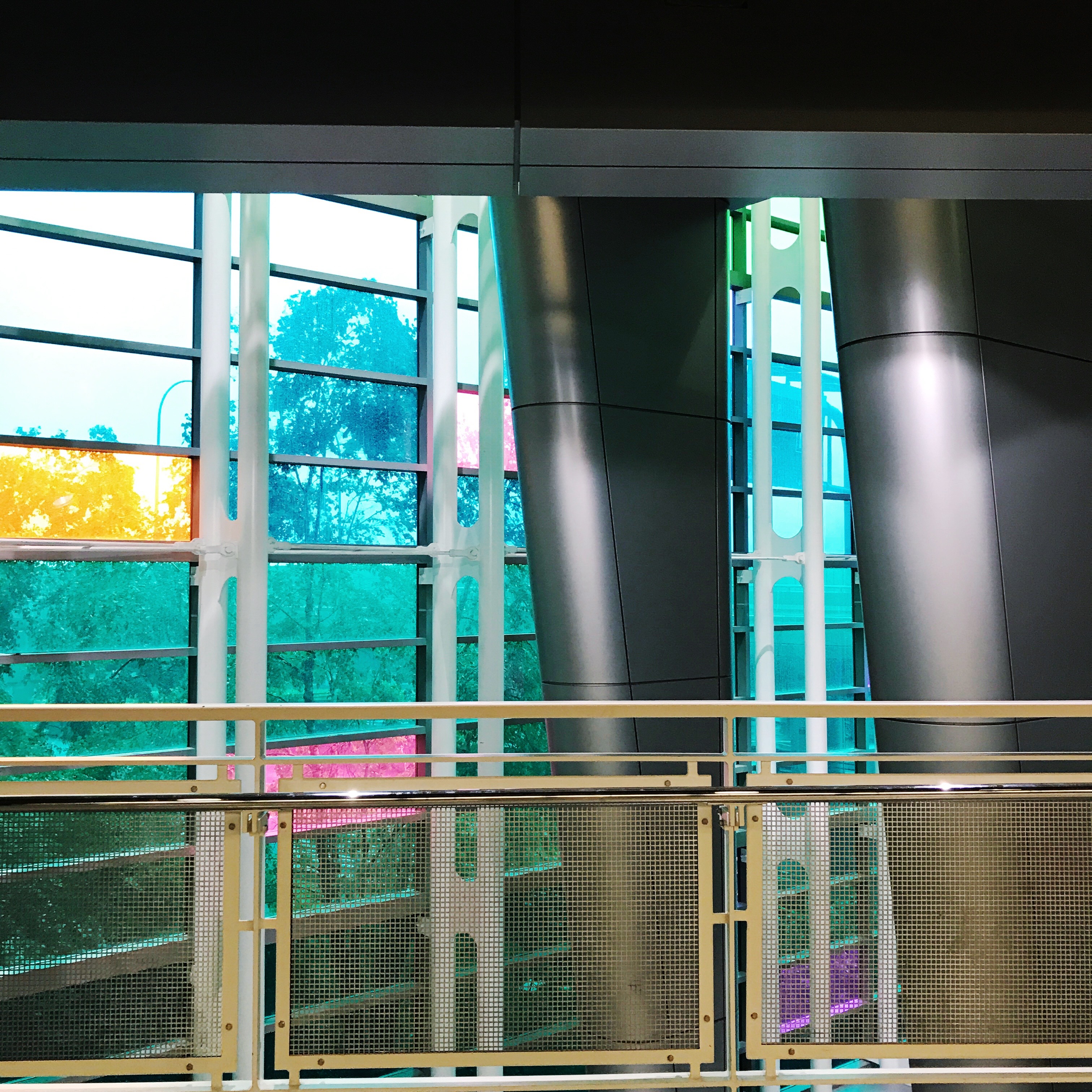 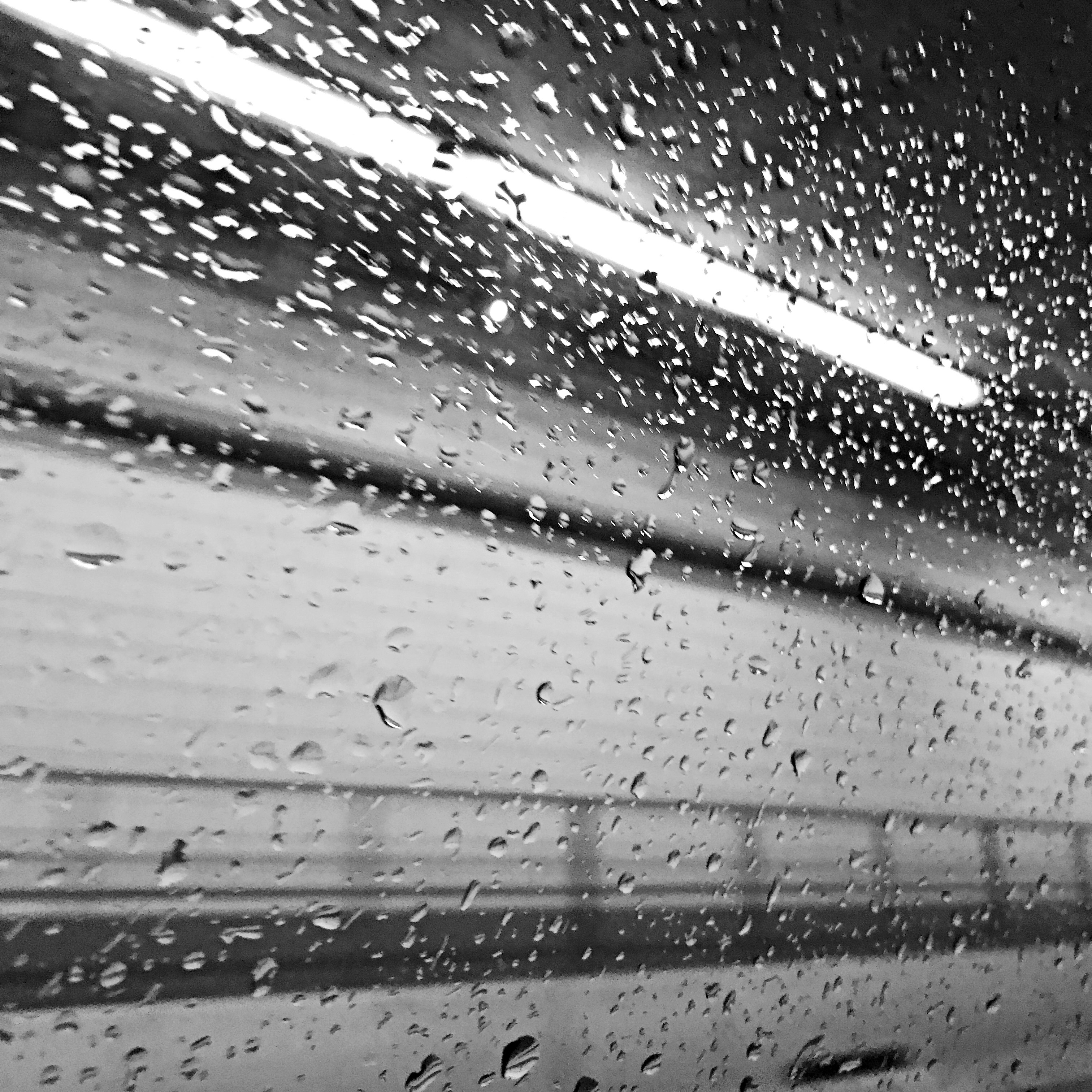 The plane ride was about four and a half hours so we got to Phoenix at around one AM. I (thankully) was able to sleep and wasn’t cursed with too much jet lag! We flew on JetBlue so there were TVs… unfortunately I did not ask where the headphone jack was on the way there but I later found out they’re right under the armrest, so pro tip for anyone who is looking for it next time you’re on the plane! 😉 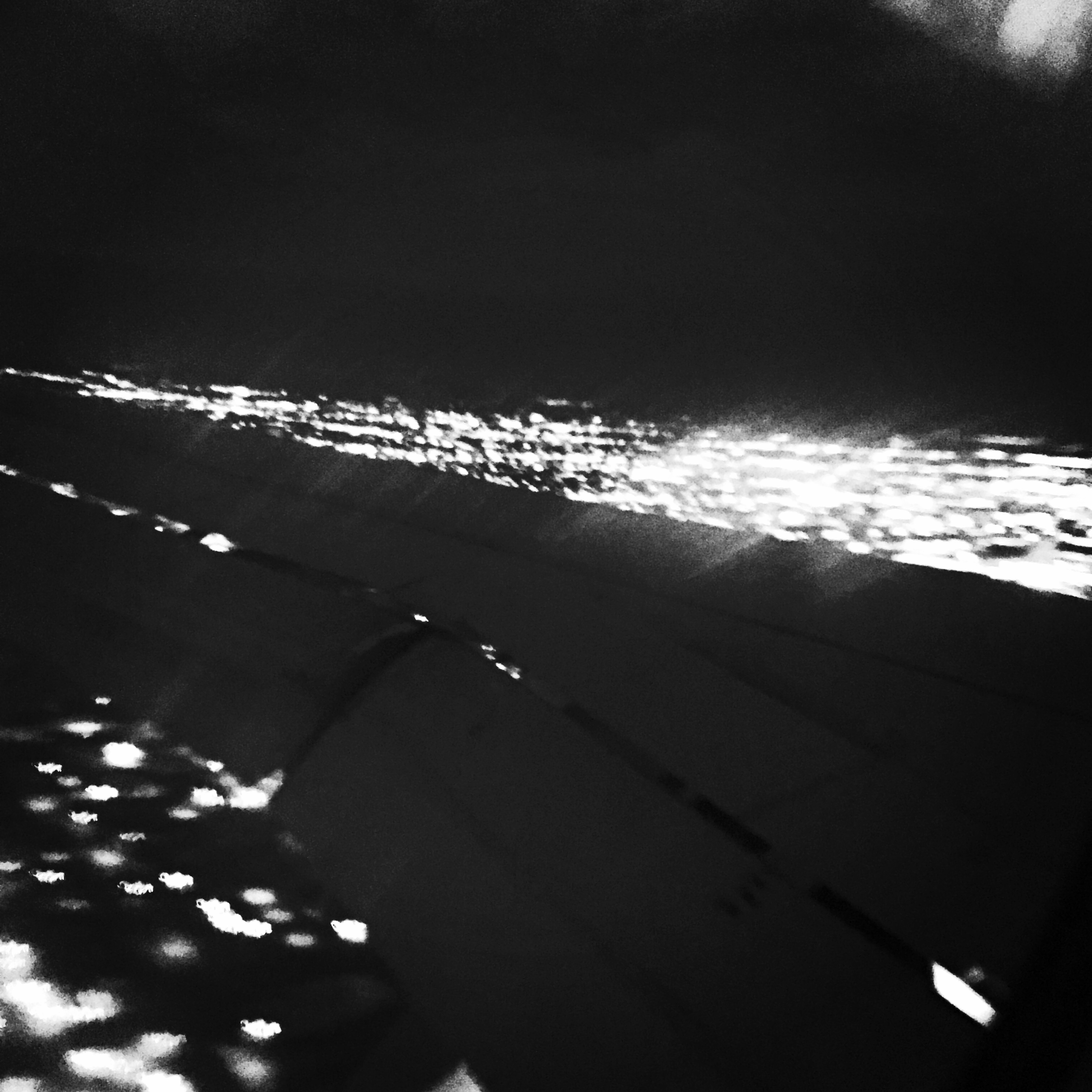 As I mentioned above we were staying with family which was so nice!! The first day we slept and just hung out and swam in the pool. Then at night we headed down to Chase Field to see a Diamondbacks game. They were playing the Atlanta Braves and, sadly, lost. I learned a lot about baseball… like, a lot! I played softball for a whole season years ago and still didn’t know the rules of the game! I also had about a million mini-heart attacks because we were right in the strike zone for the lefties and seeing those balls above my head was so scary. Thankfully, I made it back alive to tell you the story.

The next day we went down to Scottsdale Fashion Square for some shopping (mostly window shopping, actually!) That was a lot of fun because I don’t go to malls too often AND it was air conditioned. I mean, that’s kind of a must for any place in Arizona because it is SO HOT there! 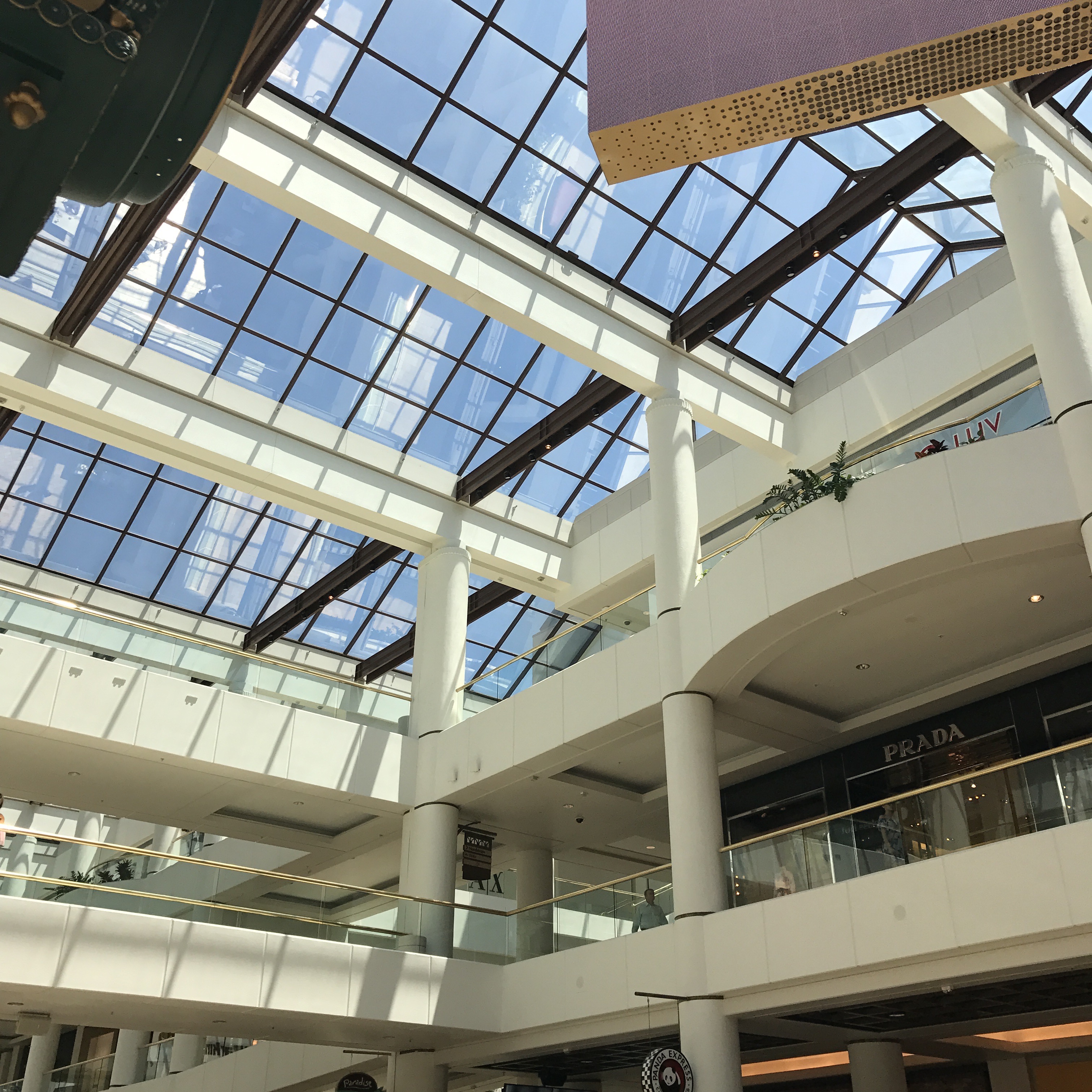 Boba tea! This was some sorta watermelon strawberry blend. I can’t remember, but it was good!

We swam a LOT. Almost every day! Mostly in the early morning or late afternoon so it was a little cooler. I loved swimming at night because we could watch the sunset! Oh – we also heard AND saw an owl! More on that later…

The next day we headed up to the Grand Canyon. We drove about two hours up to Prescott and stayed overnight there. The scenery changed so much as we headed up towards the Canyon! It felt like we were in a totally different state. 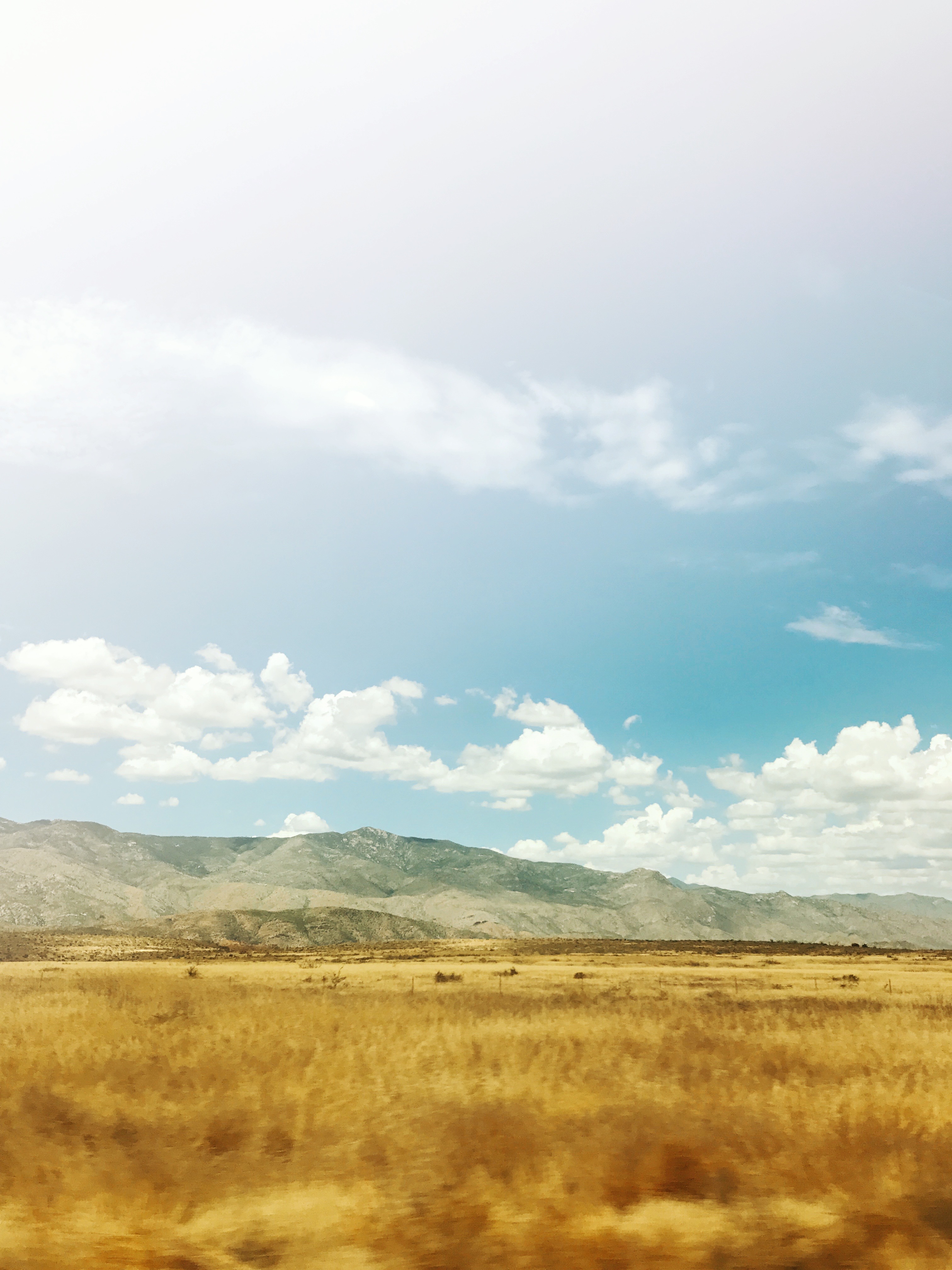 Prescott was a super touristy town but it was really nice to walk around and check out all the fun gift shops and art stores. For dinner we ate at the restaurant right next to our hotel called The Barley Hound that was delicious. This salad was just part of our meal and it was spinach, beets, candied pistachios, and goat cheese which is my favorite! I could eat this salad every day.

This is where we stayed, Hotel Vendome. I had never stayed in a hotel quite like this one. You could totally tell it was pretty historic from the claw foot tubs to the pull chain toilets but it was so nice. I would totally stay there again if I ever go to Prescott again! Plus it’s in the middle of the downtown area of Prescott and right next to The Barley Hound and another nice cafe that we went for breakfast the next morning.

The next day we drove another two hours up to the Canyon! I have been to Arizona a few times before but had never been to Grand Canyon. I was so excited to visit my first national park, and this one totally did not disappoint. Seriously – we had the best experience ever!

OMG a photo of me?! On my blog?! This is a historic moment. I rarely post photos of myself but oddly enough this post has two. TWO! Give me some credit for that, ok?!

How amazing is that? If you haven’t seen the Canyon, you must go. I feel soooo lucky I got to experience it. It’s seriously the coolest thing ever. 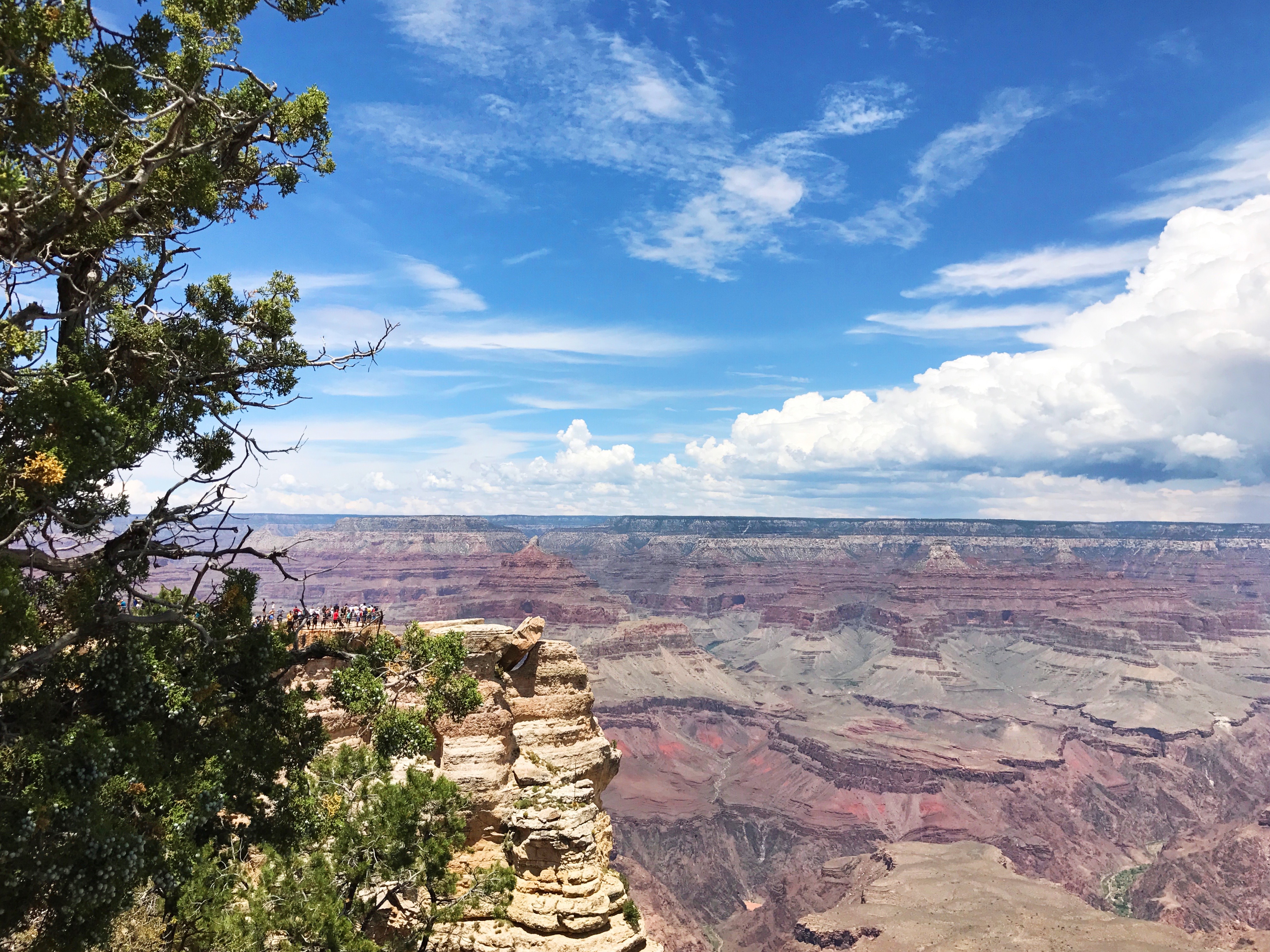 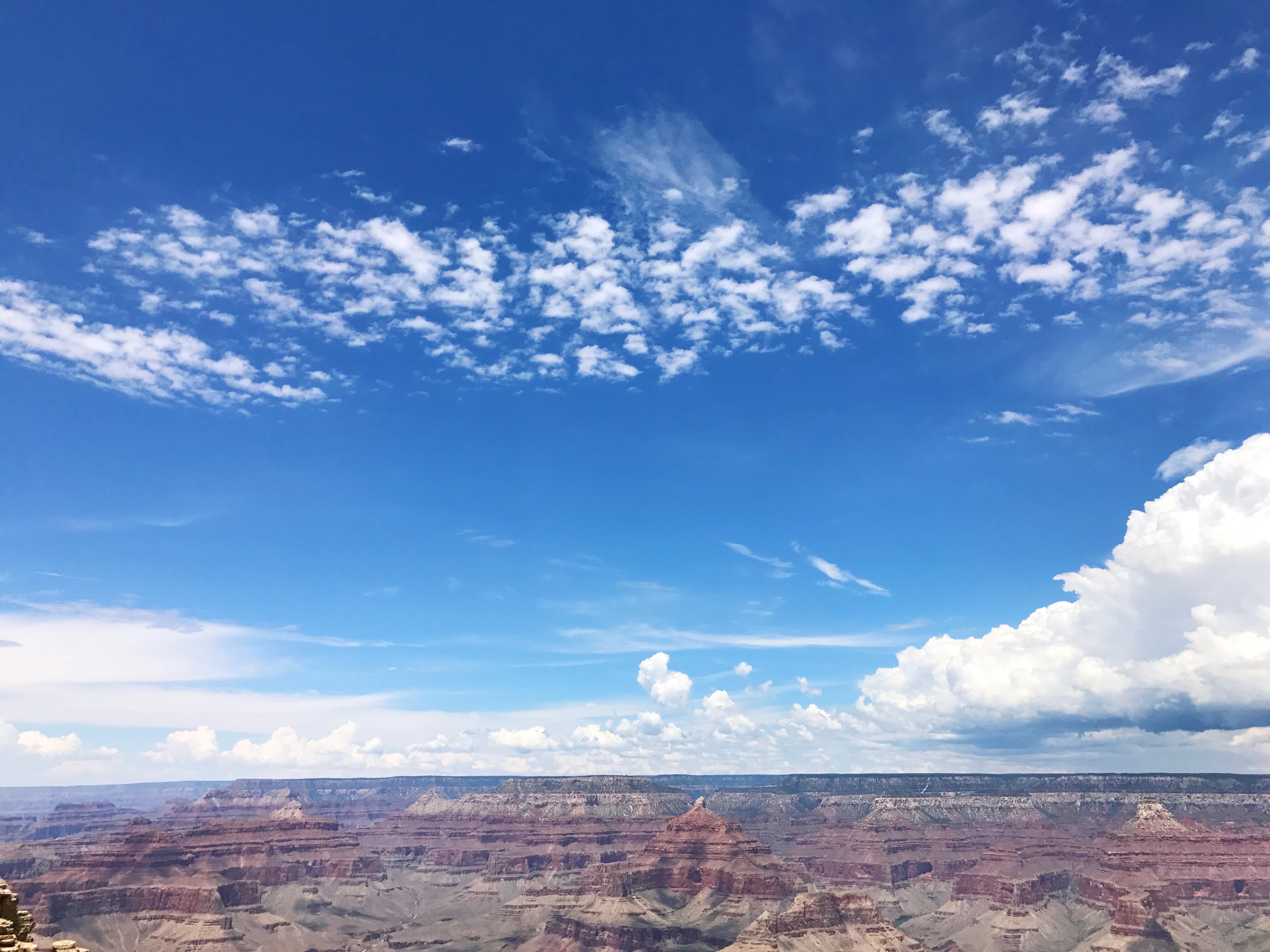 Soooo by the way, guys, I baaaaasically hiked the Grand Canyon.

Well… maybe half a mile of it. My cousin, brother, and I hiked just a little bit of the first trail. Was I sweating my butt off by the time we got back up??? You know it. But honestly it would be soooo cool to go down there and actually hike and camp there. On my bucket list! Someday… 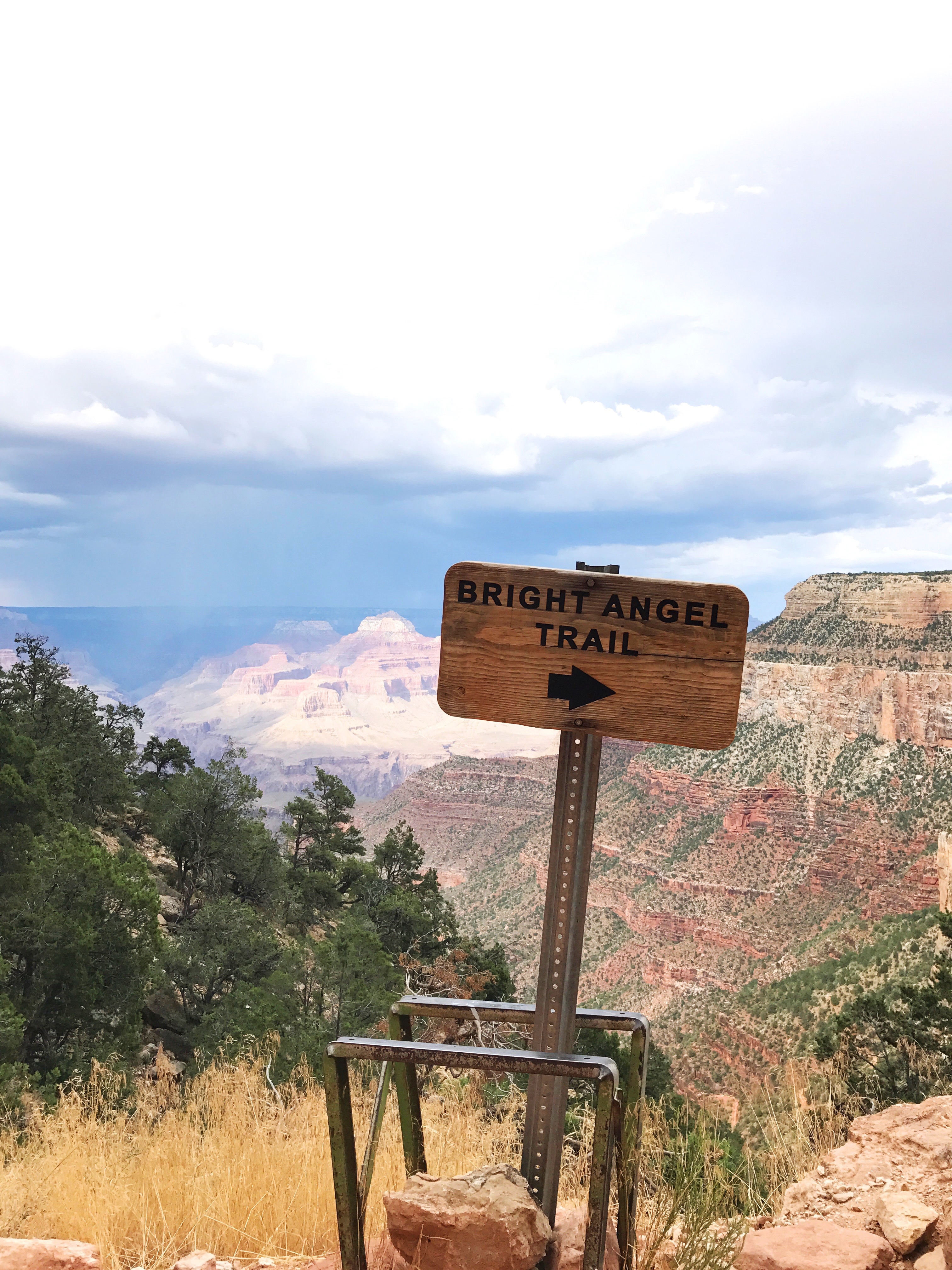 OK, so right as we were getting ready to leave, a thunderstorm starting to come in faster from the other side of the canyon. (SO COOL, RIGHT?!) We had seen the clouds and heard some thunder a bit earlier that day, but it didn’t really seem like it was going to pass over us. Well, IT DID! We were planning on taking sunset photos but we weren’t sure if the clouds would clear up. We drove around and stopped at various points but found the absolute PERFECT place to stop. As soon as we got there the rain started to slow down and the sun began to set.

And, BOOM. Basically the most perfect sunset ever. The weather that day was crazy and I basically experienced it all: hot & sunny, cold & rainy! It was kind of hard to capture the amazing-ness of it, so these photos will have to do.

Oh, yeah. THERE WAS ALSO A DOUBLE RAINBOW. AHHHH!! 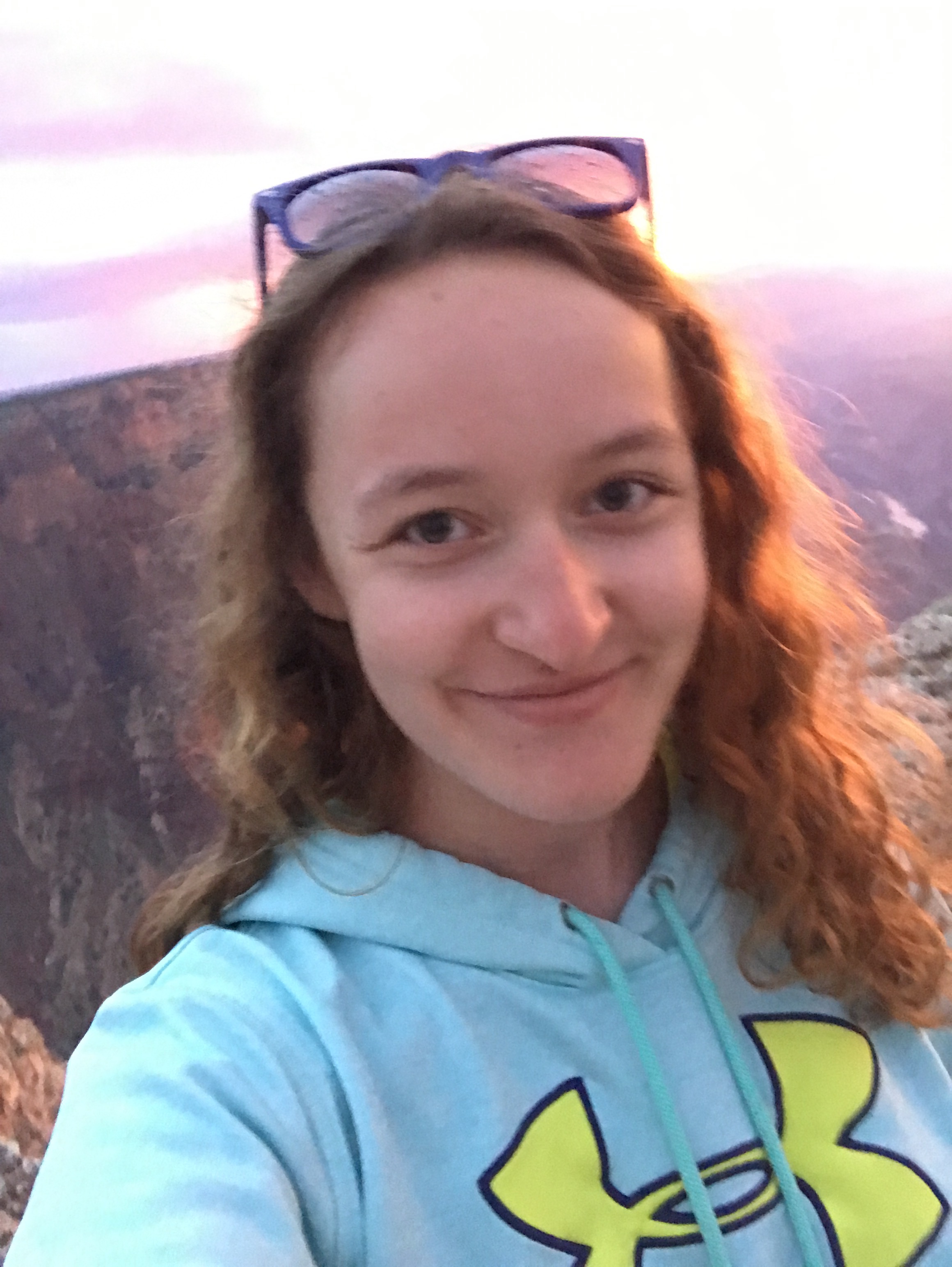 LOL. So there’s part one of my Arizona trip! More to come this week. I had the best time ever and am super excited to share more. Happy Friday!