HELLO? Is anyone still there???

I’ve been slacking AGAIN with my blog, but this week I intend to catch up so you don’t miss anything that’s been happening during my extremely eventful summer.

Just kidding. You haven’t missed much at all. But I’ll share what I’ve got.

It is now officially summer, and I am officially a junior in high school. Unless you’re one of those people who don’t like referring to themselves as being in the grade they’re entering AFTER summer break. (That made no sense, but you know what I mean!) If you are one of those people, then I guess technically I’m still a sophomore. Cool.

I don’t really feel like talking about school, though. I got out, like, three weeks ago, so I’m kiiiinda over it. (I’m 100% over it, to be more precise.) So today I’ll talk about the very first week of Summer 2K18! (Do people still do that 2k thing? I remember scrolling through Instagram a couple years ago, and I swear to you that EVERY.SINGLE.CAPTION. was “summa 2k18,” or at the very end of summer, it was “rip summer 2k18.”) Anyways… here we go:

My last two days of school were half days because I had finals. On the actual last day, I took the bus home, and automatically flipped through my brain’s homework agenda. Then I screamed, “I HAVE NONE!” Just kidding, I didn’t actually scream that. But I scream-thought it.

So I was kind of at a loss over what I should do. I could do a craft, I could read, I could watch TV… without homework, the world is my oyster! I honestly don’t even remember what I did that day. I probably ate lunch and just relaxed. No, wait. I think I took a shower because I was so gross and sweaty from sitting in a desk for, like, FOUR HOURS STRAIGHT taking my finals!

God, I’m so happy school is over. (I technically have two classes worth of AP summer homework, but we aren’t going to speak about that.)

Later that day was my brother’s middle school graduation. If that event reassured me of anything, it was that middle school sucks, and I am very happy to be DONE with that phase of my life. While there were definitely upsides to middle school, high school has wayyyyy more of them. Even though I already said it AND signed a card for him, congrats on graduating, Milo! God, I can’t wait to torment him in the halls.

So during that first weekend, my friends and I went to see INCREDIBLES TWO, and it did not disappoint. I loved it. We also finally got to hang out without having to worry about HOMEWORK and STUDYING UGHHHHH, so it was awesome to just sit, talk, and enjoy each other’s company.

The next day, I worked on an embroidery piece in honor of Pride Month:

And OMG THEN THERE WAS AN ACTUAL RAINBOW. I wrote on Instagram that Mother Nature loves Pride Month, too.

That weekend, my friend Ali and I went up to Boston for the Families Belong Together rally. It was technically my first march/protest/rally ever; I did the National School Walkout, but that was not nearly as big as this one. It was honestly such an amazing experience, and I am so happy I went. I hadn’t been able to make it to any of the marches that have gone on over the past two years, so I was super excited that I was able to do it. Despite the weather, (it was in the 90s and super sticky out) it was super inspiring to be surrounded by people who are trying to spark change and make this country a safer and more welcoming place. (btw the super blurry photo is of ELIZABETH WARREN, so obviously I HAD to share that even though it’s a sucky photo!) 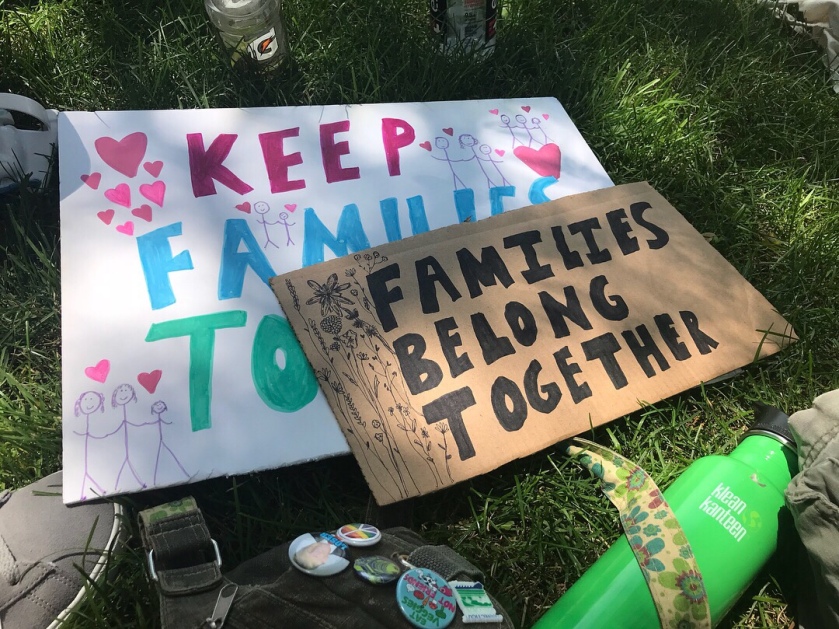 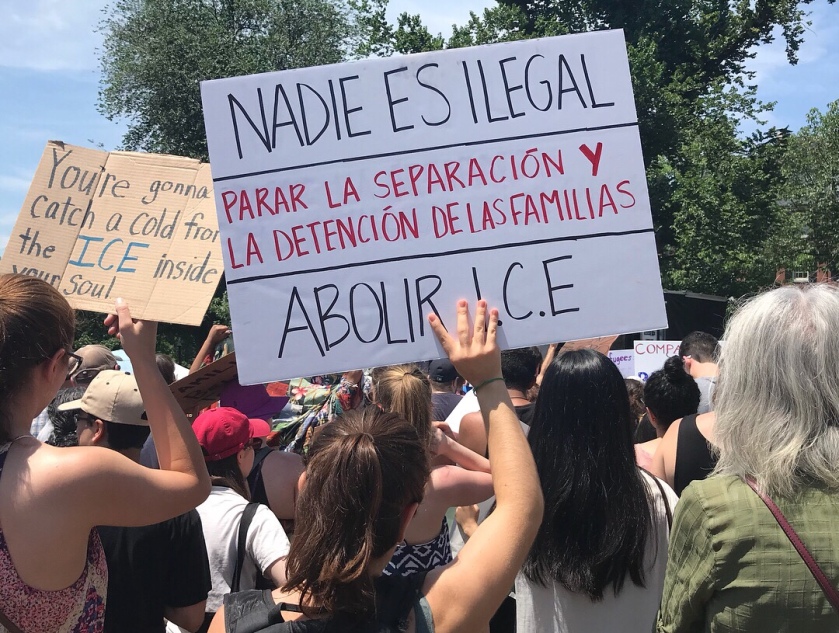 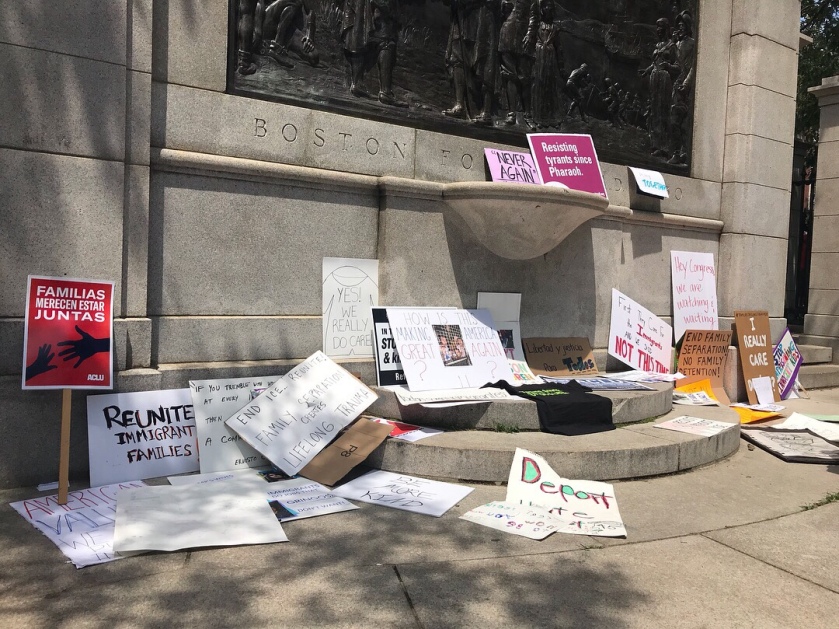 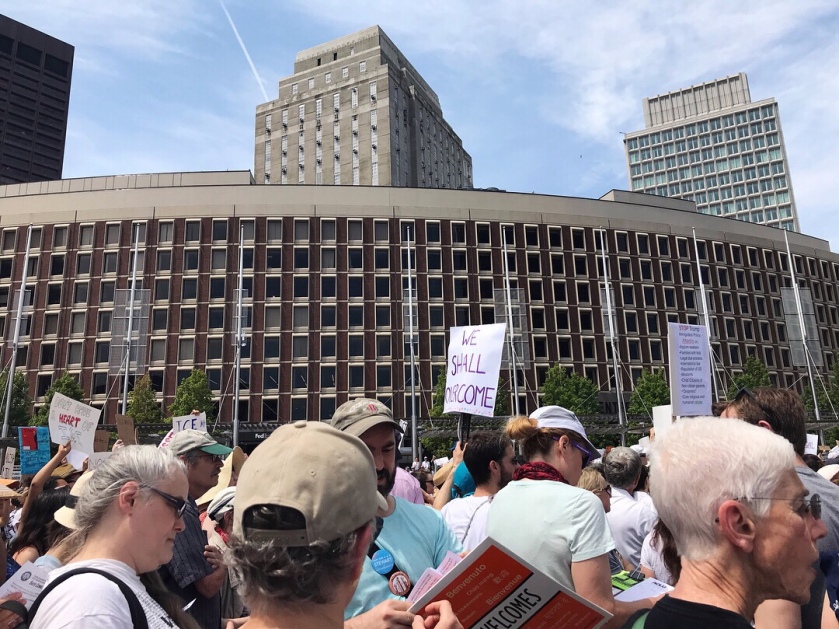 I don’t like to talk politics on this blog very often, (I typically save my opinions for my personal Instagram) but as MLK said, “Our lives begin to end the day we become silent about things that matter,” so I will use this tiny outlet to spread awareness on issues that are important to me and hopefully influence some sort of change, no matter how small.

A speaker at the rally said that when we go home, we cannot just forget about everything and say, “Oh, I marched today, so I’ve done my part.” One march will not change everything. Even though we have participated, there’s always more to do.

This, I think, is very important for everyone to hear because it happens all the time. After there’s a shooting, people forget about it after a week. And even after thousands of families have been separated, right now it’s definitely not as talked about as it was when the issue first became known. There are still children who are separated from their families and have yet to be reunited, so even though it’s not #1 Trending on Twitter, these things are still happening.

I’m only sixteen, so unfortunately I can’t vote this year. I also am not really able to donate to any organizations. However, one thing I’ve done quite a lot is use the ResistBot over text (Text RESIST to 50409) to message my reps and senators or actually call their offices. These are simple, free resources that I use to try help out as much as I can about issues that are important to me. I encourage you to do the same! Anyways, the march was truly a great experience, and really I hope I can go to more!

Earlier that day, my friend and I planned to meet up at this juice-bar / restaurant called Cocobeet which was right in the same plaza that the march was. I got an açaí bowl, and it was delicious. 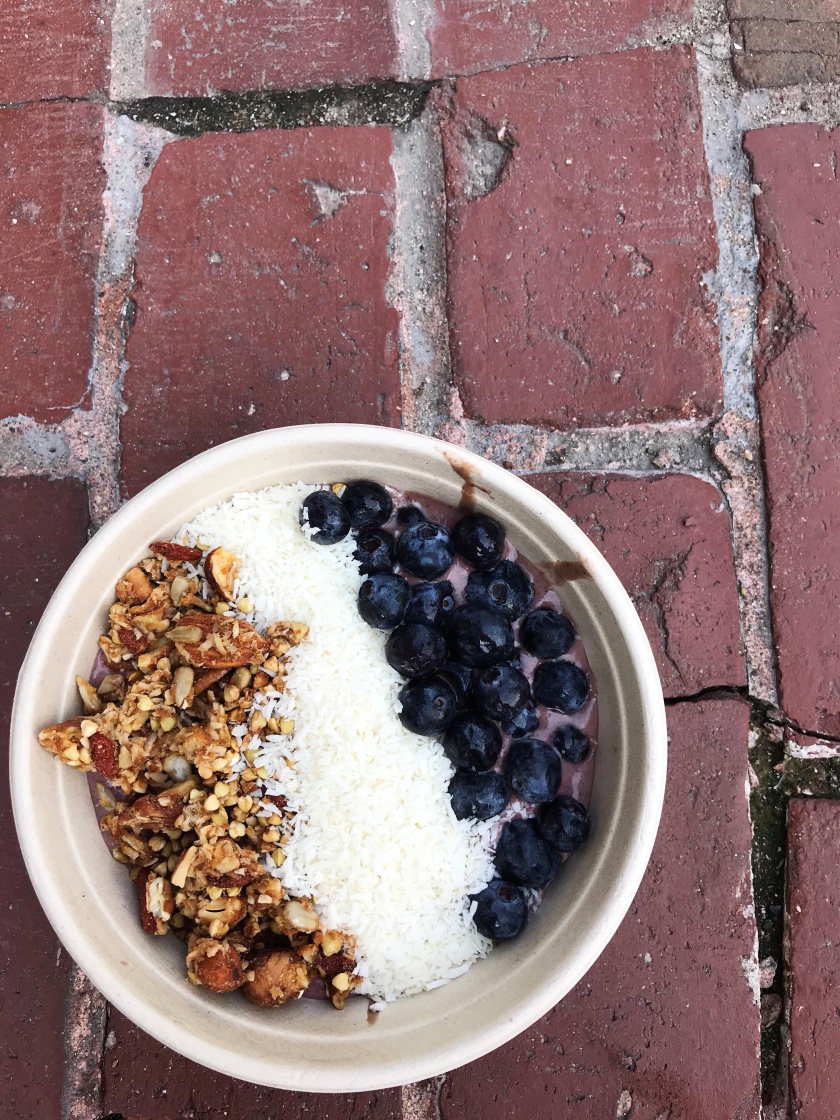 Alright, guys. That was my first week of SUMMER 2K18. I’ll be back either tomorrow or Tuesday with WEEK TWO! Oh, I’ve also got a playlist to share, so that’ll be up this week as well!